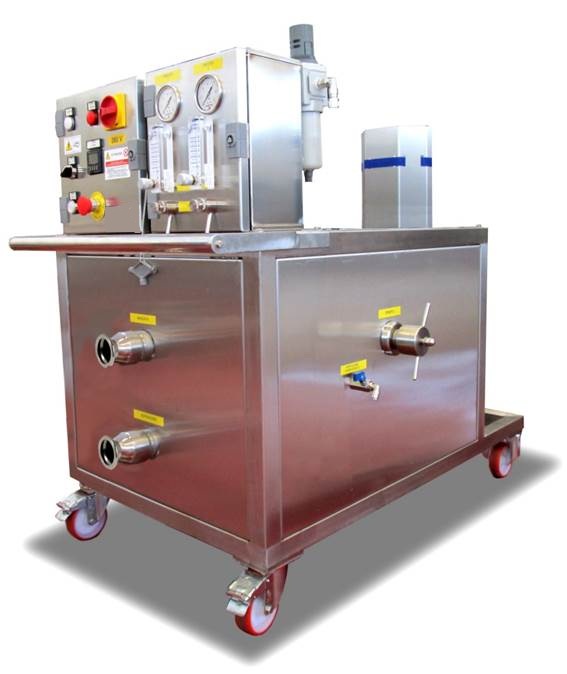 Flotation unit for filtration of wine, cider and juice

Flotation, filtration system via inoculation of flocculent for large and small quantity of must / wine, juice / cider, juices, waste water.

Flotation, filtration system via inoculation of flocculent for large and small quantity of must / wine, juice / cider, juices, waste water. The flotation is an operation that allows you to bring on the product surface to clarify the suspended particles that have a tendency to float freely (density less than that of the liquid to be treated) and those poorly settleable. Heavy particles are instead deposited on the bottom of the tank from where they are removed by a scraper or manually extracted. The floating materials in a continuous cycle are removed with a special overflow, while in discontinuous cycle are extracted with the final sedimentation after running off the clarified wort. With the flotation it is then possible to realize a removal of the suspended substances, generally greater than that achievable with the sedimentation and this in relatively shorter times and with savings on operating costs.
In addition to the clarification of musts, the flotation is also used for the clarification of waste waters of the cellar.